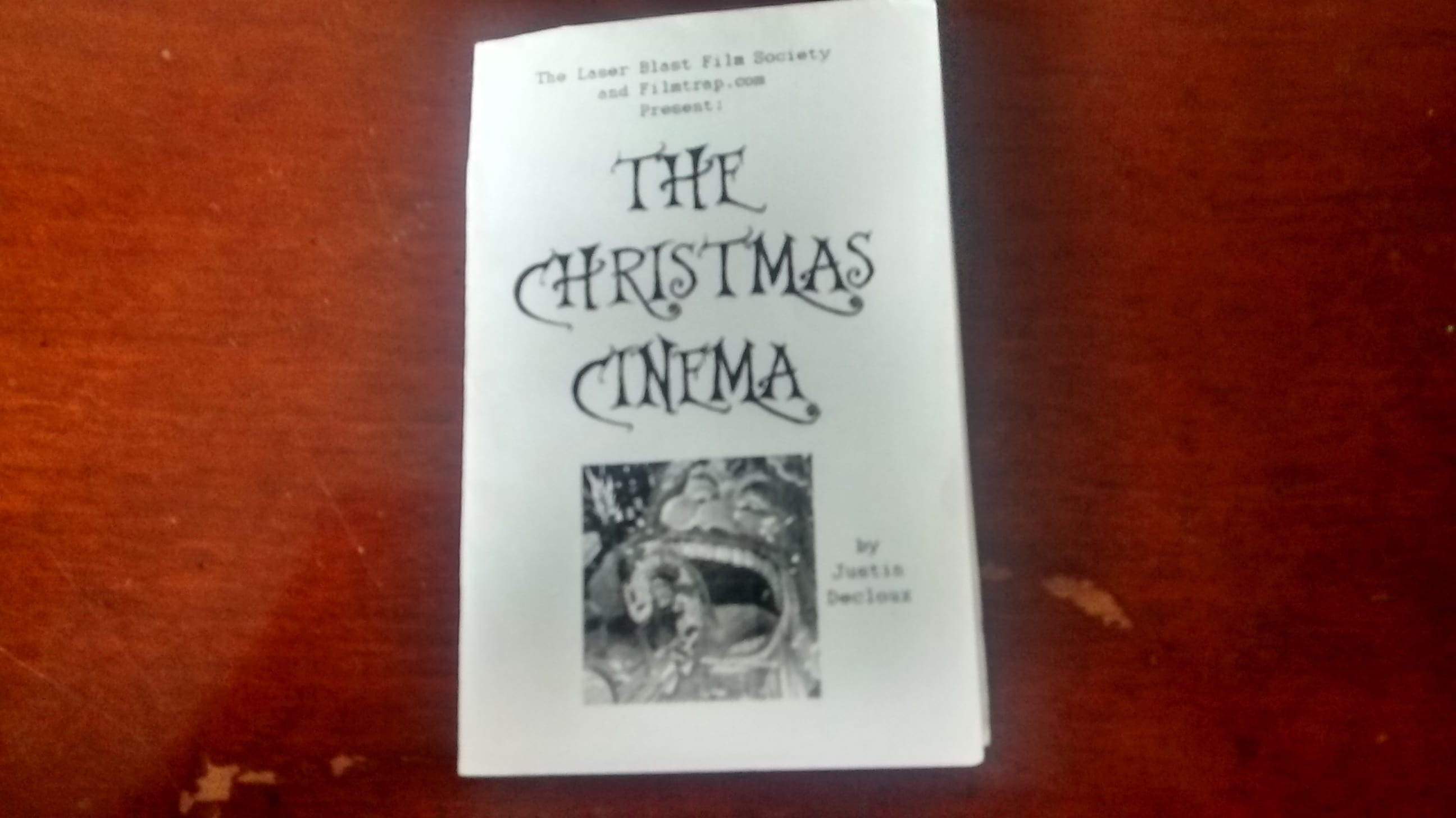 I published a pocket zine called THE CHRISTMAS CINEMA filled with under seen Holiday films in honor of our screening of GAME OVER (Code Pere Noel 3615) last Wednesday at the Royal Cinema.  I am currently stunned by the marathon watch it took to complete the project. My mind is filled with colored lights and carols. It takes every ounce of strength to run my gingerbread stained fingers over the keyboard to write these review, but I cannot stop now. You must get your Christmas fix.

A Holiday horror classic. The PG-13 rating doesn’t hurt it one bit and it’s disturbing enough to scar impressionable minds. It’s got a slow first act, but it’s filled with little character moments that make the carnage at the end resonate even more. I’m baffled at people being underwhelmed by this. Could they recommend the other Christmas Horror movies that blow this one out of the water? Yea, GREMLINS, I get it, but any other ones I may have missed? 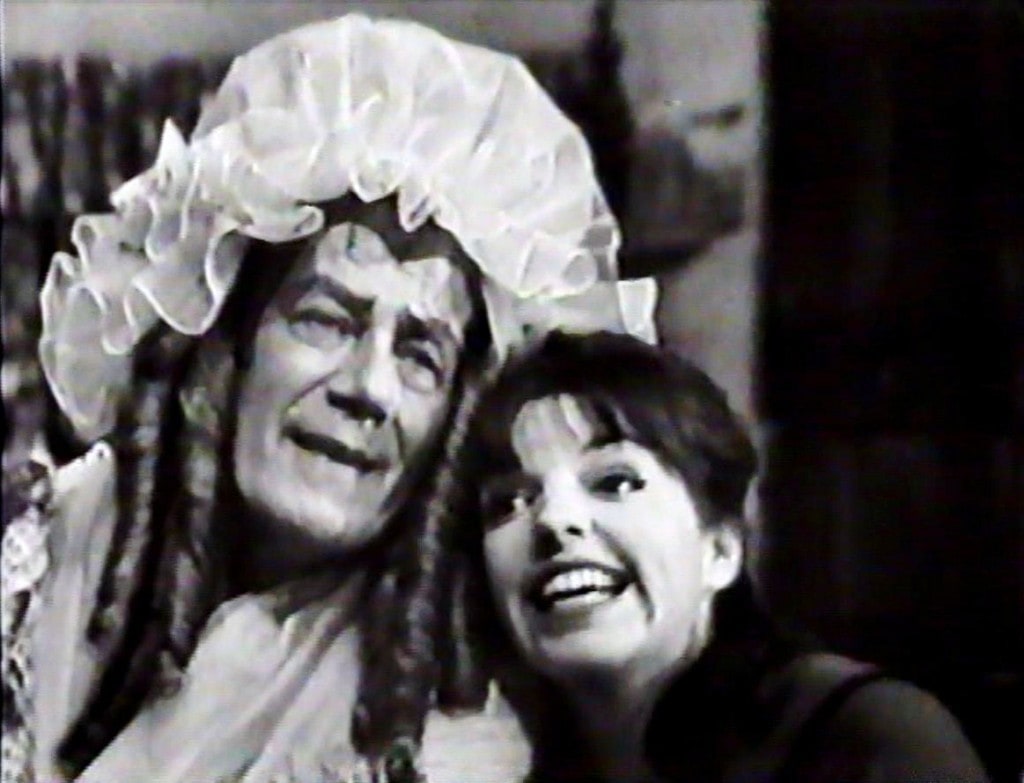 A shot on stage TV oddity starring Lizza Minelli as a screechy voiced red riding hood chased by a creepy ass wolf. I watched this one in hopes of adding it to the zine, but quickly realized that it deserve to be forgotten. Lame songs, lame dancing and a disturbingly unpleasant undercurrent throughout. 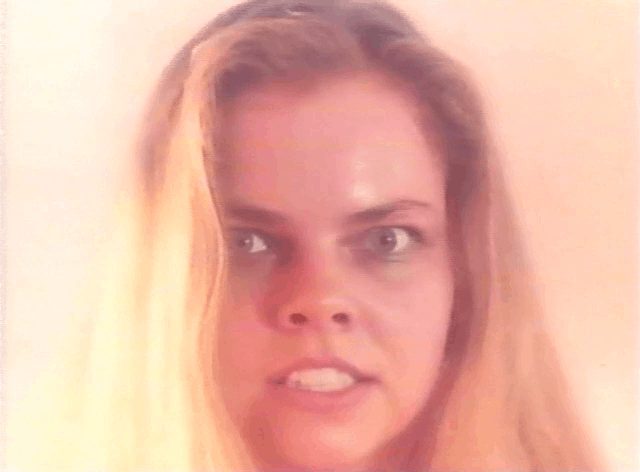 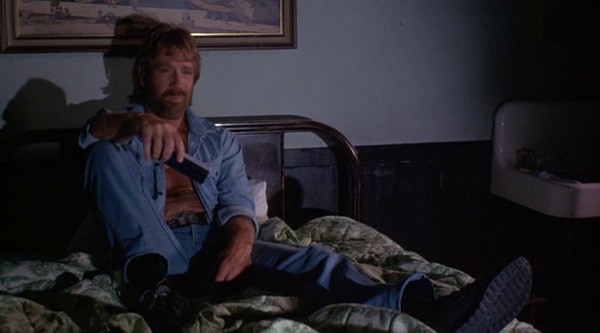 One of those “This takes place during Christmas?” films. Chuck Norris is a charisma black hole.  The episodic film around him is fun, but never as much fun as you’d hope. Richard Lynch steals the show as a bad gun that LOVES shooting his henchman in the balls. 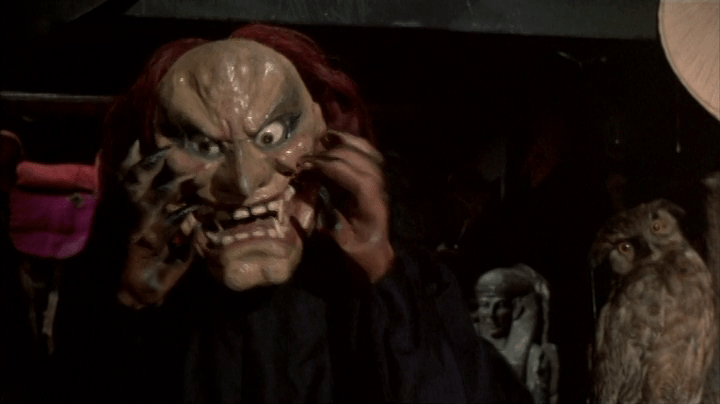 I’ve become fascinated with the career of Curtis Harrington, a cinephile director before they became common in the industry. His filmography is surprisingly robust, populated with a lot of TV movies, but the big stumbling block is the fact that he didn’t make many films that were easy sells.  WHO SLEW AUNTIE ROO falls into the weird sub-genre of crazy old dame films that came out in the wake of WHATEVER HAPPENED TO BABY JANE? In this one, the batty lady is Shelley Winters, and she takes in a bunch of orphans in during Christmas to honor the memory of her dead daughter – who’s skeleton she still hugs every night. It’s a grim take on HANSEL AND GRETEL that’s enjoyable in that “I feel a pit in my stomach” kind of way. If the director interests you, I highly recommend his killer mermaid (or is it?) first film NIGHT TIDE (1961) starring Dennis Hopper.